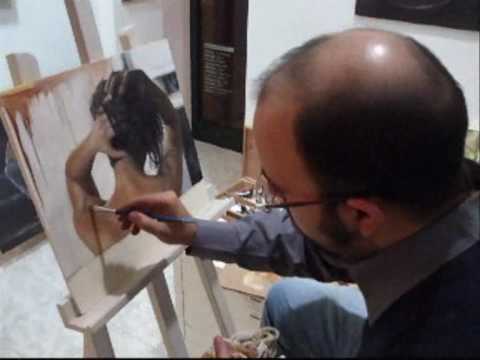 Alessandro Marziano exhibited at Galleria Gagliardi from 2010 to 2011.

Alessandro Marziano was Born in 1977. He begun painting since he was a child growing in his father's studio. He graduated in the School of Arts in Catanzaro in 1994. Since 1992 he attended the School of Theatre where he started to love set design: since 1995 he has signed scenographies for many plays in various parts of Italy, winning the first prize at the Theatre Festival of Terracina in 2000. He is tied to the poetry of gestures, expressions and realism, some times exasperated, he is always looking for the technique that better lets him to express his sensations, working with crayons, oil, graphite, watercolours, sometimes mixing all of them.