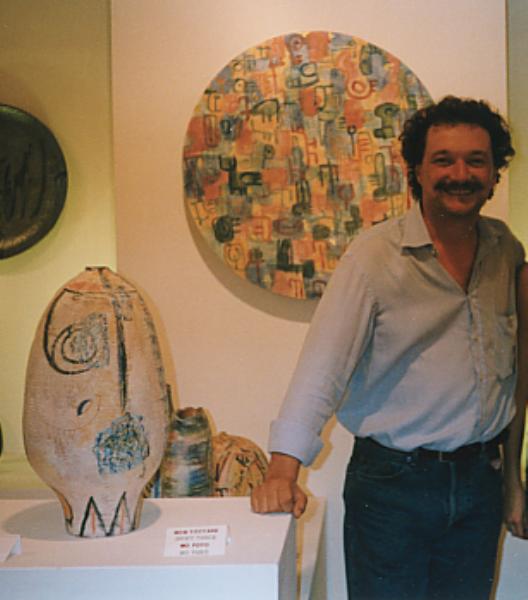 Luca Baldelli, i'm certain of it, he won't have anything to fear if I call him potter because all of his works, also those pictorial, seem to look for a point of chromatic fission, of tension of the color, that seems to want to loose in the fire his residues bonds with the world. In fact every wish to distinguish and of insert in different territories the works on canvas and those ceramics, are voted to make incomrehensive the nature of its language. Luca Baldelli is less party to the typologies and his generic content that to the construction of the work and its visual impact, to the point that even the most descriptive and narrative works seem to look for the short circuit of a chromatic temperature in which to lighten themselves, in which to relieve themselves the prosaic weight of the things and their deaf reproducing.