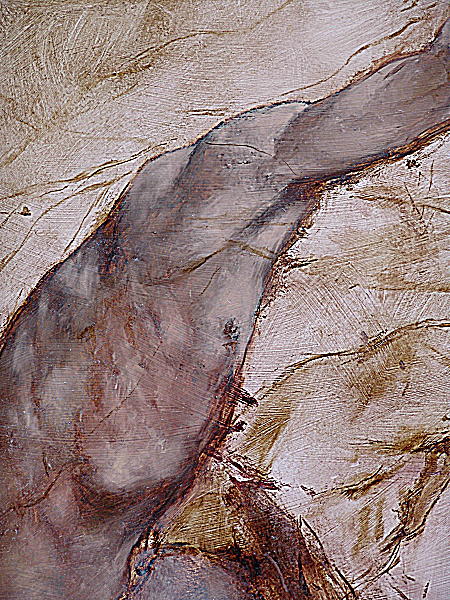 Fabio Castellani exhibited at Galleria Gagliardi from 2006 to 2008.

Fabio Castellani is able to follow experimental paths with old and new tools, creating a two-dimensional painting in which not only the pictorial materials but also the surfaces themselves are mixed. In an almost dreamlike temporal scansion, he seeks to go beyond compositional techniques and some of the themes of the past, creating works with timeless subjects. The artist, who has always favoured the male figure, dwells on anatomical details, almost sculpting them, bringing them to life with twists and chiaroscuro effects. It is impossible to find fixity or immobility in Castellani's works, everything seems to be in a state of becoming, the subjects represented in a sort of synesthesia of forms and meanings, moving in a dense interpenetration of planes. The subjects move in unison, but each within its own space, in a dimension that flows like a photogram. It is, therefore, abraded and spotted matter, as if from the deposits of time.