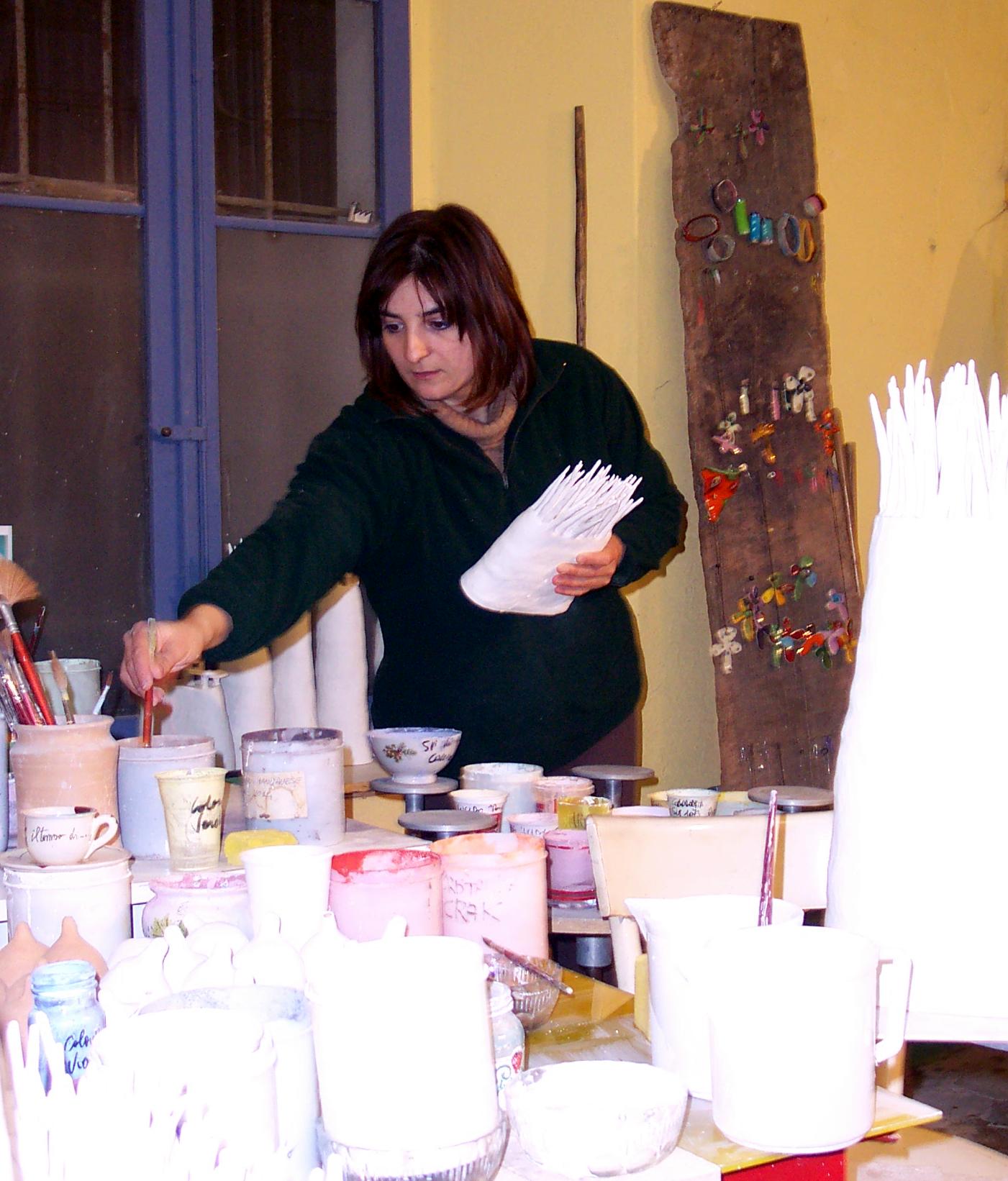 Fiorenza Pancini exhibited at Galleria Gagliardi from 2004 to 2006.

Fiorenza Pancino is a woman artist; she belongs however to a generation that doesn't need to vindicate its own affiliation of any "kind." In her installations there are not howls, but thin games of thought, short-circuits of words and traces of hands that interest the stereotypes of the femininity. In the works of the artist there are some ironic cross-references, graffianti and aware toward a domestic world populated by simulacrums and vestiges of lived and consumed subjectivities. Fiorenza Pancino revolutionizes and makes to burst the great tradition of the maiolica. The ancient practice of the decoration "with brush" is updated by the artist that, with great ease, renews a sort of "modern historied", painting in synthetic way and even "summarized", through which she cures of her whims to tell her self-referential histories.

Fiorenza Pancino was born in 1966.

She is passionate about ceramics, which she says resembles her because like her is sensitive to sudden changes in temperature. However she also uses other mediums, such as videos, photography and materials, like paper and fabric, in her artistic endeavours.

Recent projects include an International Ceramic Residency at Jingdezhen Ceramic Institute, China and at Ceratekno, Toki, Japan.
In 2018 she was asked to exhibit at the European Ceramic Contest in Bornholm in Denmark, at the Sogo Museum of Art in Yokohama in Japan, and at the Eunique Art Fair in Karlsruhe in Germany.
In 2011 she was awarded the honourable mention at the International Gyeonggi Ceramic Biennale in Icheon, South Korea, in 2013 she was asked to exhibit at Les Journes de la Céramique in Paris. In 2015 she took part in the "Ceramica Viva" group at the National Gallery of Modern and Contemporary Art, Rome. In 2017, she won the C. Casali jury prize at the 11th International Ceramic Competition in Mino also in Japan, 1st prize at Appignano Ceramica in Deruta, Umbria, and held a solo show at the Cantir Museum in Argentona in Spain.