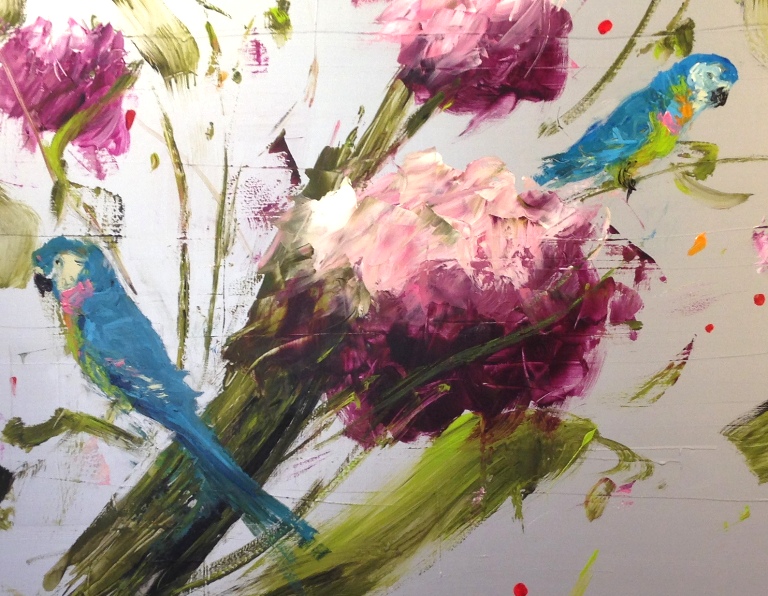 With the flower compositions we enter in the kinddom of pure colours and the ligth touches, where observation of the simple fact of nature becomes an experience of interiorisation. Indeed, the artist does not seem at all interested in the possibility of recognising the spieces of flowers depicted and the subject is defined only by the juxtaposition of colours or rather by the fact that they are flung against the background and change colour, as if eagerly picked by a glance that is also fleeting of temporary. An absent-minded splendour is therefore what characterises these paintings, since the paint is spread in a restless, trembling,voracious manner to give life to the sensitive surface of colour, as if to remove the basic principal of "stilllife" that is to say, its motionless quality and to restore life and soul to the things portrayed. In the painting standing the figure of birds and fisches that are out of place, as in that their value ins therefore that pure form. But all is dominated by a dense volumes But on the whole dominates a dense volumes that give at the painting curves, colour, tones and emotional charge. For the Dress series the body has disappeared, the setting is absent and what is left as a result of a process of extreme symbolic reduction, is the thing cleansed of everything except the affectations of the allusion.