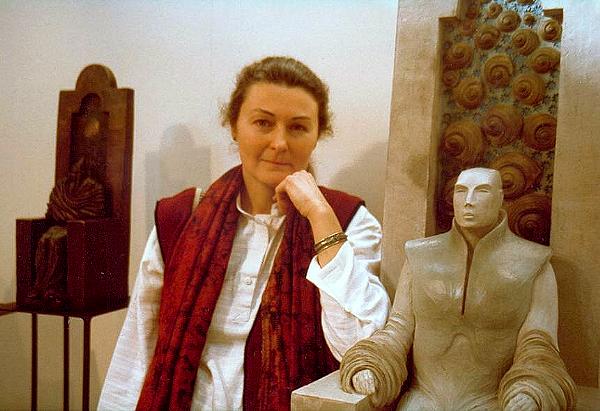 Patrizia Bartoletti exhibited in Galleria Gagliardi from 2004 to 2008.

...The enigma Bartoletti addresses herself is the material itself.; in this sense the Artist obtains the most fascinating results with the unconscious work of creativity, the shivering of her warmth, that is the virtuality of her evolution and transformation... At this point I think I better understand the stoney and lyrical poetry of this sculptoress who is not afraid of being untypical, but rather presents herself as disposessing with regard to the expected ceremonies in the modern manner and its "post". Only in this way, on the other hand, can northern asperities share the mediterranean harmony in the dialectics, the gothic torments and the metaphysical sublimations. Who said that thought was already lost in the hecatomb of the future? Giorgio Cortenova