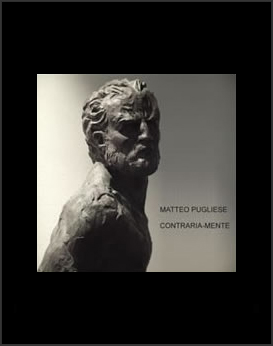 
Matteo Pugliese has been moving for some year, lightly and at the same time with a strong ability to express himself; by nature and personal desire a modeller, lover of the classical Italian tradition, he is once more giving life, heart and everyday expression to the ancient and modern language of sculpture. The Extra Moenia series or as the artist himself has defined it, the “flight from the walls”, may seem to be more linear and less complex in the stratification of different, overlapping suggestions, but is equally strong in terms in formal and emotional terms its refocusing of the attention on the human body as an incredible receptacle for contrasting and opposite emotions, forces and tensions, and on its continued existence today, despite a thousand technological discoveries, which are at the same time our strength and our damnation.