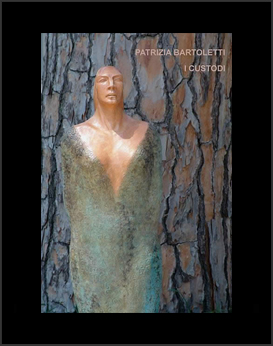 The archaic and the possible future.

The sculpture by Patrizia Bartoletti, turns one’s thoughts to memories of a language between the C13th and C14th, in that area in which the medieval “primativeness” climbs up to the source of mystic thought and rejoins the layman’s intellect. When these two shores meet, when the lines of the” story” intermingle organically, in Patrizia Bartoletti’s terra cottas the most extraordinary alchemy of materials takes place: that of art, which rather than escape, sublimes the contents. Patterned surfaces, heads reminding us of an archaic and enigmatic Orient, or stoney plasticity conceding nothing to the warmth of touch but rather turning towards the icyness of hallucinatory memory. A reticule of iron engraved on the stone, with the aim of tracing a dress becomes an intangible embroidery; and the mark of the lips sculpted in the clay discloses the words of the enigma.