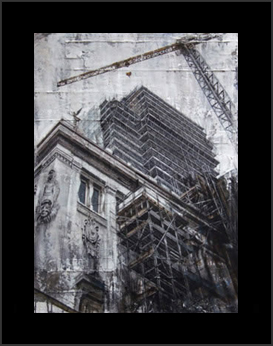 
In Walter Trecchi’s works, the city becomes a metaphysical space, motionless but full of experienced traces, suspended in a time without time.Historical buildings and urban outskirts, industrial archaeologies become crocks of which remain only walls in ruin. Perspective shots in which man is absent but cranes and scaffoldings leant on facades testify the positive will of making.