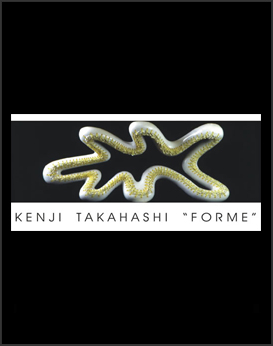 The form is unaware of adjectives, brim toward the dismissal of every meaning: yet achieved through an irritated composition of sensibility made by elements of marble that know the fracture, the imperfection the waste and the following recompactation (rather the side restitching). The everything, however, left in sight, almost to exhibit the used materials and the procedure put into effect; and also: the all, busy for weakening the idea of perfection, to devalue the illusion of the totality. Resonances, therefore, of the thought Zen, in the work of the japanese Kenji Takahashi: constructions of discontinuous and open worlds framed by the void and not void, physiological ambitions of space, but of a space that invariably loses its place, that loses its center: finally adventures of a subject worked by the break and by the subtraction. But the true sense of the sculpture is there, in that continuous trauma, in that broken event, in his exist-not to exist. It doesn't concern however the elaboration (all western!) of the mourning, but really of the presentation of an endless origin, of the practice of the concise language, as if the everything was inexpressible or as if you/he/she could still be said always something. The same fragments that structure the sculpture are not to read him as separations, but as added; signs that deny the definition for something further(of a void) that it allows the look to penetrate and of "to create him" its height.
Galleria Gagliardi-2005: solo exhibition " Forme" di Kenji Takahashi;  text by Luigi Meneghelli