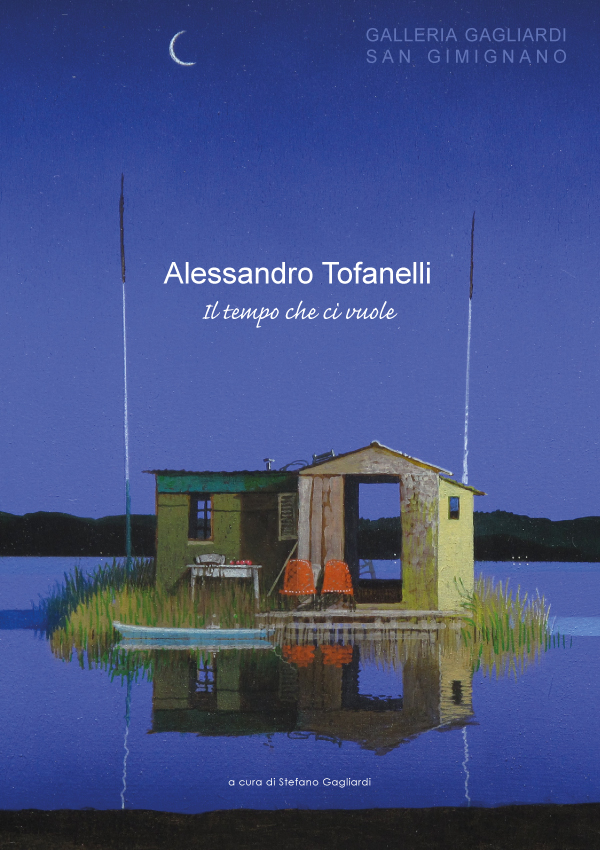 Galleria Gagliardi is pleased to announce that on Saturday, 7th September 2019, on the occasion of the 28th Anniversary, will be inaugurated the solo exhibition by Alessandro Tofanelli "Il tempo che ci vuole." (The time it takes.) at its space in San Gimignano (SI), which will end on Sunday, 29th September.

The exhibition is curated by Stefano Gagliardi and the critical text written by Isabella Del Guerra.

Alessandro Tofanelli, an eclectic artist: painter, photographer, director of films and documentaries on nature. He lives his art, an art that involves both man and artist in a perfect symbiosis, in extreme simplicity.

(...)For Tofanelli, every painting becomes a world of its own, a reality bordering with dreams, an Eden in which life is simple, lived according to the slow rhythm of everyday gestures. The artist invites us to wander through his works, to disappear behind a farmstead, inside a house or in a vegetable garden, to lose ourselves in a poplar grove, listening to the sound of the wind rustling through the leaves. Although men are never portrayed, we can sense their presence thanks to the inclusion of everyday objects which tell about their life and story: there is an all-encompassing sense of peace. Each one of the artist’s works is like an inner self-portrait, authentic, of a reserved painter who expresses his own personal story in his paintings, with the story of his land and his love of nature. It is also the story of a man who has always been accustomed, as a multifaceted artist, to perceiving and transmitting magic that touches the heart: real images of a today that entraps the light enchantment of poplar groves, lagoons and channels. Fishermen’s huts, abandoned boats surrounded by shrubs, silent houses; they all seem to belong to a time outside of time.(...)
Taken from "Il tempo che ci vuole" by Isabella Del Guerra