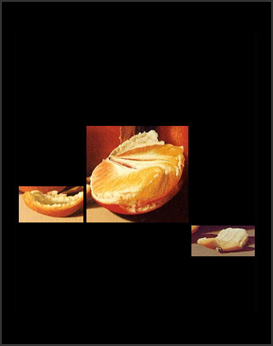 Michele taricco is regarded as one of the most prominent Italian contemporary artists, and an outsanding figure of the European Surrealism school. Taricco was born in Trieste in 1927. His initial art career was affected with the realistic approach, but consequently made a turn towards surrealism. In 1972, he made various personal exhibitions at the largest european and american galleries. In these connections, it is wothy mentioning that Taricco�s paintings are exhibited, among other artistic selections in New York, Paris and lost of the other italian and european cities. In association with the Cultural Foundation in Abu Dhabi and Galleria Canci of Liberschi, Embassy of Italy in the U.A.E. shall organize the exhibition of the italian artists Franco Azzinari and Michele Taricco. As a matter of fact, the above Italian artists symbolize, to a great deal, the northern and southern parts of Italy in terms of Art creativity and production where Taricco descends from Trieste and Azzinari from Calabria.Looking at the artists pieces of art and paintings, you should be definitely impressed by their creativity where both artists seem to have devoted all potential to serve the pare artistic production. For instance, Taricco�s paintings are characterized by the features of extreme close to reality where objects become palpitated with life, to the extent that views get curious to touch such objects to ensure how real and living these paintings could be. This talented aspect of Taricco could be obviously seen in his paintings of fruits and even plastic bags. It is a pleasant occasion to be present to a personal show of Michele Taricco, to explore across wonderful and exact touches his paintings; In fact, such moments of great painting is extremely rare in the view of the present art.
Alberto Alboneti