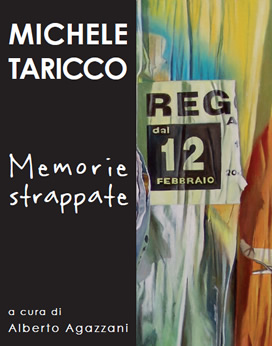 ..Taricco’s most recent works can be traced back to a series of “tears”, subjects that the painter had already happily tackled in the first half of the 1970s and which he now reinvents, further defining his poetics and his relationship, never interrupted but always reinterpreted, with American Photorealism.
..If we observe Taricco’s “tears” of today (on an equal footing with every subject portrayed by him), we no longer see the self-satisfied desire to amaze, the original and arrogantly fantastic mannerism of his youth, but that tendency towards optical illusion, which was triggered by an enthusiasm that dominated over an expressivity full of lyricism. Among all the paintings, those of yesterday and those of today, but particularly these retinoically memorable “tears”, there has been the growth, evolution and expressive maturity of an artist who has painted all his life, making his time coincide with that of his painting. The struggle to improve technically merged with sentiment, warmth and invention. From the impossible portrayal of surreal invention, Taricco was catapulted into the most visible reality, later (over a period of forty years) reconquering the wonder of invention and, primarily, coming to grips with that modernity that does not belong to a preformed ideology which, being unique and inimitable, originated from his sensitivity, his history and, above all, his life.Taken from the critical text: “The invention of modernity” by Alberto Agazzani.