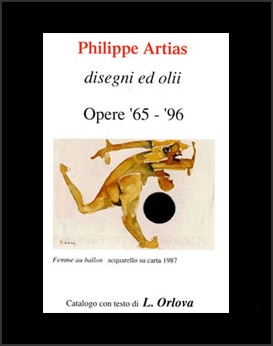 This eighty-four year old artist, one of the main representatives of contemporary French painting as well as of the so-called "Nouvelle Ecole de Paris", narrates his own evolution through some thirty works including oil-paintings, drawings, mixed techniques and inks. The exhibition falls within an internationalprogramme meant to promote the "Nouvelle Ecole de Paris", wich culminated in December with an anthological exhibition that UNESCO has arranged at their New York's headquarters to close the celebrations hinging on the fiftieth anniversary of their fondation.